I am all too aware that using the word Aloha in the title of a piece about a holiday in Hawaii is a pungent cliché. However, I looked up the statutes established in the State of Hawaii Department of Tourism, and it turns out it’s a federal offence punishable by three years imprisonment or a $30,000 fine not to do it. So there.

Kim and I have been over to the United States a lot, and every time we do I try to make it a point to visit a state that I’ve never been to before. It’s getting more and more difficult as I gradually cross states off the list, especially as I take out the easy ones, ie. All the ones close to Ohio that we’d likely be driving through anyway. This trip we decided to cross off perhaps the hardest state of all to reach by road from Ohio: Hawaii.

As an Aussie who grew up in the tropics, I’m notoriously difficult to please when it comes to beaches. When I travelled through Europe for a few months back in the day, everyone kept telling me about how wonderful the beaches in Southern Spain were. Then when we got there I had no idea what they were talking about. Mind you, most of the people describing these brilliant beaches to me were English. The English, as everyone knows, wouldn’t know a good beach if it walked up to them and said “Your coastline, climate and everything about your miserable wet island is rubbish”. And believe me, that has happened. Twice.

The Pacific Islanders, on the other hand, have a got a pretty good idea what they’re doing, beachwise. Fine white sand, warm blue waters, cool sea breezes, palm trees. All of it. We spent most of our evenings in the water at Waikiki at sunset, just relaxing and watching the sun go down. Waikiki, not surprisingly, is a bit glitzy for my taste, but the beaches are still a lovely place to chill out at sunset. 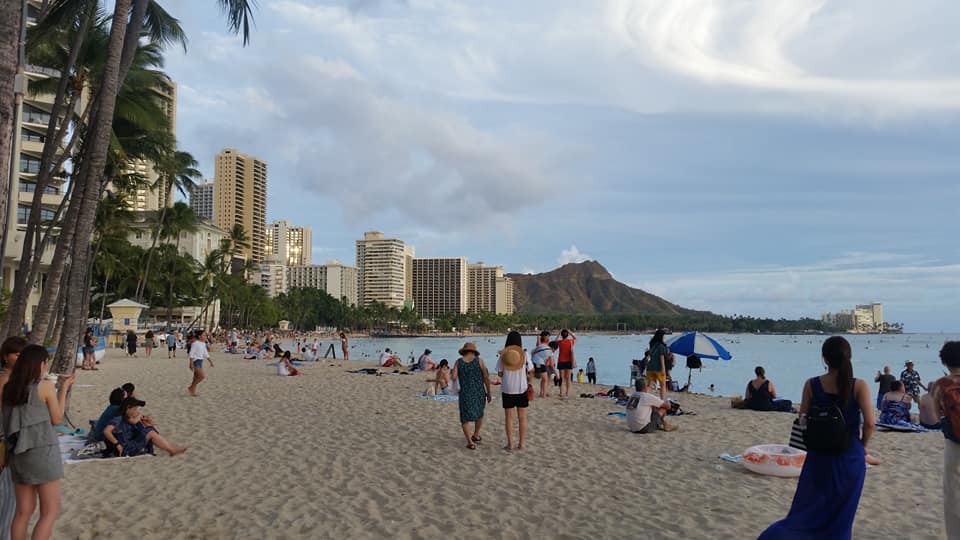 We spent a day doing the Diamond Head Crater walk. It was a long hot walk, but the views from the top were really something. 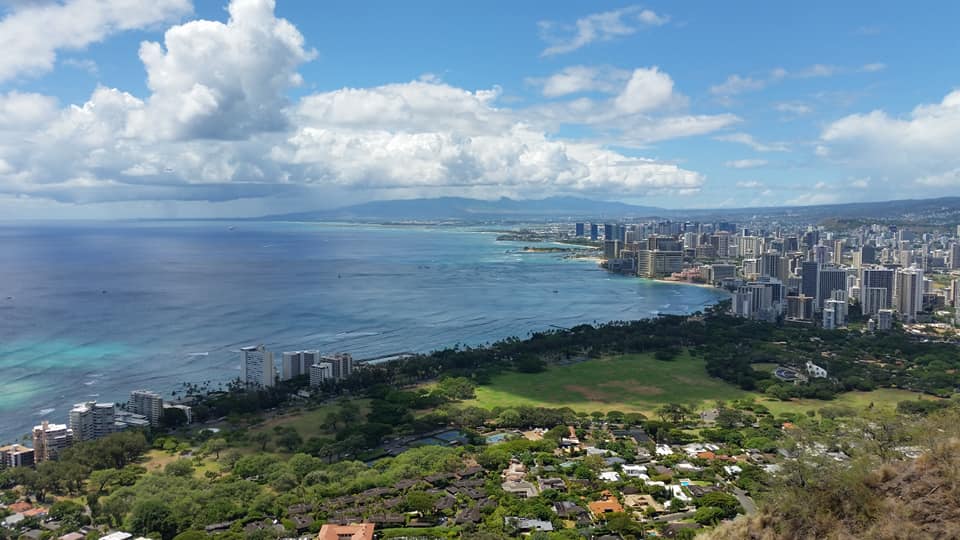 The best day, however, was spent checking out some of the less crowded beaches on the east coast of O’ahu Island. The afternoon spent just floating around in the aquamarine shallows on Kailua beach were more valuable than I think I even realised at the time. After a month of Henry IV and all the literal and figurative drama that comes with putting on a major production, it felt great to tip my head back and relax without having to chant Aha ha ha hummaaaaaaa.

What do you mean you have no idea what I’m talking about?

Here. Have another picture of a beach. 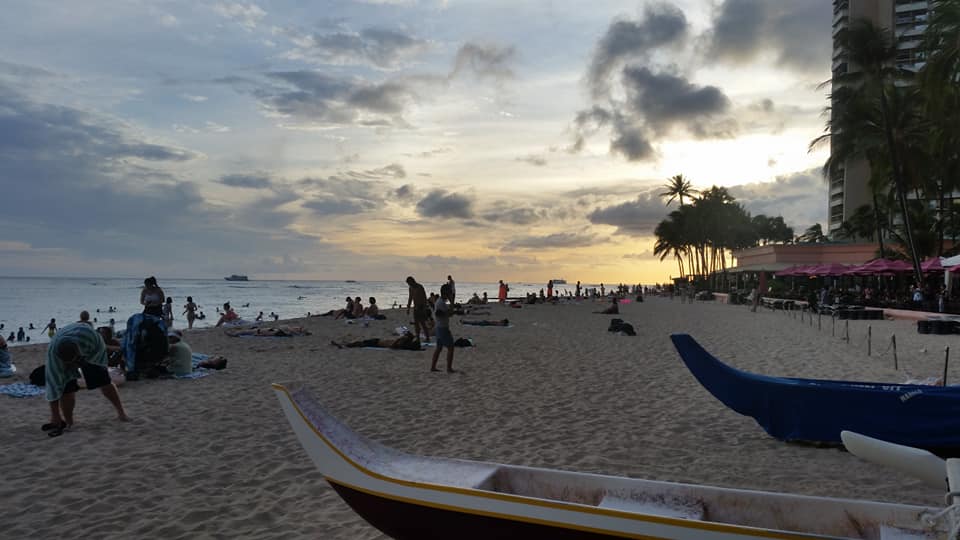