You Couldn't Make This Up

You Couldn't Make This Up

I don’t often have to head out and buy make up, but when I need some for a show, I really don’t think it should be this hard.

I’ve been shopping with Kim when she needs make-up. She can’t get past the shop front without some perfectly manicured automaton scurrying up to ask her what she needs help with. She can get in and out of that place in under three minutes, which is probably just as well.

I on the other hand stood helplessly in the I-don’t-even-know-what aisle doing my best to look helpless and non-threatening for about fifteen minutes until a so-called sales assistant came to ask if I needed help, as though it wasn’t flagrantly obvious. I asked if she had any liquid foundation in my colour and she said they didn’t actually sell make up, which was confusing given the rows and rows of cosmetics surrounding us. It wasn’t as though I’d accidently blundered into a book shop and asked about eye-liner. But no. No make-up. Just hair brushes and orange scented face spray and coloured liquids apparently aren’t make-up.

I left and tried a different shop, which clearly said “cosmetics” in the shop window. Surely they would have a nice foundation aisle I could peruse.

Almost any other product in the world is arranged by type; hardware, books, electronics. If you want a drill you go to the hand tools aisle at Bunnings. If you want the newest Kylie Chan you head for the sci-fi/fantasy shelves at QBD. Even snooty things like wine or … well that’s probably about the snootiest thing I ever get around to shopping for these days. I head straight for the shiraz shelf and I’m done.

Why is make-up arranged by brand name? If I’m looking for a stick of black lipstick (that actually happened once) I should be able to walk up to the lipstick shelf and find the shade I need and take it to the counter. Instead, I have to wander all over the shop like a disoriented Christmas beetle trying to figure out which brands even make the stuff I’m looking for, which ones are reasonably priced (spoiler alert: it’s none of them) and which ones most closely match my skin tone.

How can that possibly be a helpful arrangement? What kind of middle-functioning sociopath wanders into a cosmetics shop and says “I’d like some L’Oréal please? I don’t really care what it is, I just like the name?”

After three attempts, I finally found a shop with someone willing to help me. It was a pharmacy, but it had a reasonably sized cosmetics section. It turns out actual make-up shops are useless and can shove it. I found a cylinder of liquid foundation that seemed to match my skin and asked the sales assistant for her opinion. She actually laughed in my face (probably because I was holding a bottle of make up next to it and looking inquisitive) and told me she’d help me find my colour. After trying the others, we decided that the one I had in the first place was probably as good as I was going to get after all. She smiled and asked if this was for a performance. I told her it was, so she asked if I needed any glitter, blush or false eyelashes. I explained politely that I wasn’t actually a drag queen; just an actor needing to make sure my big white forehead doesn’t light up like cracker night under the LEDs. She asked me what I usually used to apply it. When I answered “my hands” she nearly fell over backwards, but I managed to escape before she tried to sell me a series of different sized brushes.

Now I imagine you’re asking yourself, “What is this show Garry’s buying make up for?” I’m glad you asked: 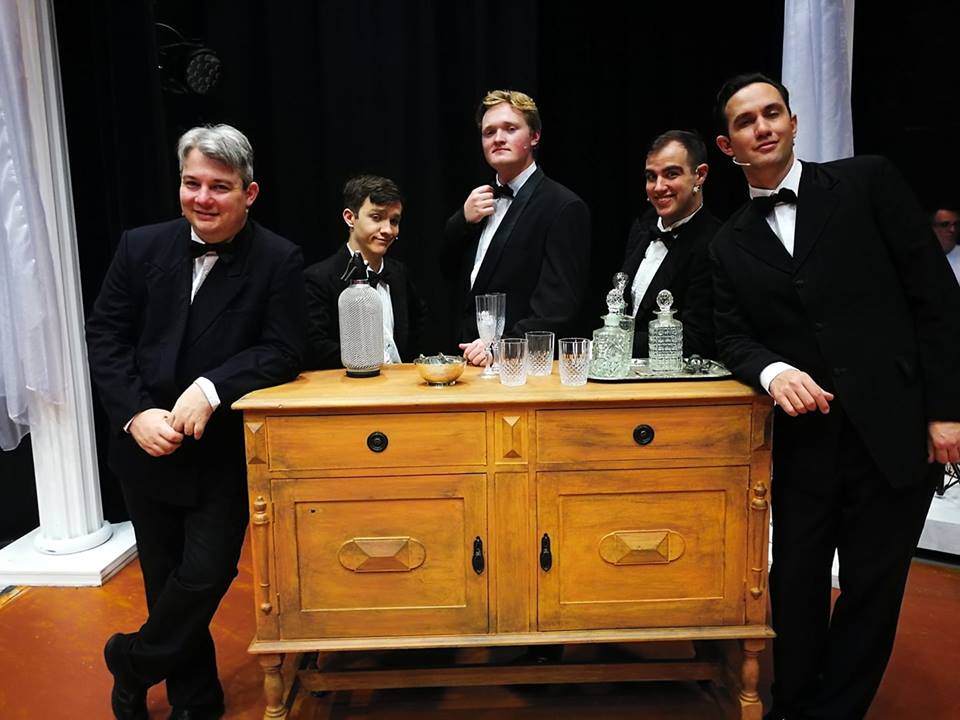 Grab your tickets at trybooking.com. It’s going to be a great show.